It is a pleasure for Civil War Petitions to be able to introduce our first blog written by our scientist colleagues at the University of Cardiff, Michael J. Evans and Stephen M. Rutherford. Michael Evans is a fourth Year Medical Student at Cardiff University Medical School, and has an intercalated BSc in Biomedical Sciences (Anatomy). Professor Stephen Rutherford is a cell biologist, and Professor of Bioscience Education, at the School of Biosciences, Cardiff University RutherfordS@cardiff.ac.uk Their essay uses many examples drawn from the website’s petitions in order to illuminate the nature of the physical damage inflicted on the body by gunshot wounds sustained during the Civil Wars.

At the Denbigh quarter sessions in 1663, Robert Mathewes [Mathew] of Vivod, Llangollen, reported that he ‘hath had manie dangerous woundes and shotts in the said service, w[hi]ch hath altogeather disinabled him, to work or labor, for his future subsistence’. A year later, the court heard the petition of Mathew Thomas of Ruthin, who had been in service for six years, and in that time had ‘lost the vse of his lymes [limbs] beinge shott Through his Thigh, Arme & body, ins besids many hurts, Cutts & bruses’. It was reported that as a result of the injuries. Mathew ‘doth languishe in a very sadd Condic[i]on & nott able to helpe himself’ or to support his wife and ‘many smale [small] Children’. Robert and Mathew were among the lucky ones who survived a gunshot injury in the Civil Wars, but did so at a terrible long-term cost to their personal wellbeing. The petition of Richard Taylor of Nottinghamshire (1646) also highlights the considerable physical, personal, and long-term cost of such injuries. Richard fought for Parliament at the second siege of Newark, and was ‘shott quite through the raignes [muscles] of his back, and tuckes [buttocks], in 7 places of his bodie beside’. Richard was under the care of a surgeon for 25 weeks, and in such a serious condition that he was ‘no way able to helpe himselfe, nor to turne him in his bed’. At the court, it was reported that Richard ‘hath still a rent 2 Inches long in his back; And he knoweth not whether euer hee shall be a sound man againe or not.’

Wounds caused by either a musket, carbine, pistol or cannon were often fatal – either on the battlefield, or soon after – as in the case of Nathaniell Newum of Nottinghamshire, whose wife Elizabeth petitioned in 1645, stating that her husband died four weeks after he was shot. The petitions in this project show that it was possible to survive severe injuries for many years. Yet we know relatively little about the actual effects of firearms from the Civil Wars on the human body.

The most common firearm in the Civil Wars was the matchlock musket, a smooth-bore weapon, fired by black powder, and projecting a roughly spherical lead ball. The average musket ball used at the battle of Edgehill in 1642 had a diameter of 18.51mm and a mass of 37.9g (Miller, Allsop and Carr). A musket ball had an effective range of 50-180m (Eyers), although the impact of the ball on the target lessened as the range became more extreme. It is difficult to clearly measure the impact of a seventeenth-century musket ball on the human body, as ballistic tests using modern gunpowder and lead are not fully equitable to the historical situation. Modern gunpowder is more refined than the seventeenth-century equivalent, and modern lead is typically hardened by alloying with antimony. In order to investigate the potential impact of musket injuries, some useful comparisons can be made based on modern ballistics research, and surgical reports. Also it is possible to review modern pathology reports of injuries caused by replica historical weapons, as well as the descriptions of wounds from sixteenth and seventeenth-century surgeons themselves.

A modern bullet (which is typically conical, and shot with a high velocity) behaves in a characteristic manner when it hits the human body. Fackler and Malinowski described this behaviour via four parameters: permanent cavitation, temporary cavitation, penetration, and fragmentation. Permanent cavitation is the damage caused by the bullet as it cuts through the tissue itself. The permanent cavity is usually quite narrow, but may become widened by pitching, yawing or tumbling of the bullet inside the body (often bullets will tumble so that they move base-first within the body). Temporary cavitation is caused by the sideways displacement of the tissues as the bullet passes – much like the wake caused by a boat moving through water. The temporary cavity is typically much wider than the permanent cavity, but also more transient. The damage caused by the temporary cavity is potentially greater than that of the permanent cavity, but is more difficult to identify after the bullet has passed. Penetration refers to the depth by which the bullet moves into (or through, and out of) the body. Often (but not always) the bullet will exit the body, typically causing a larger, more-ragged ‘exit wound’ as it leaves the tissue. Finally, fragmentation is common in bullet wounds, where either part or the whole of the bullet splits apart into smaller fragments, each of which will cause its own damage. Extensive work has been done identifying and cataloguing the effects of modern bullets in both human gunshot victims, and in animal or gelatin models. However, the research on the impact of soft spherical bullets, fired at low velocity, is limited. 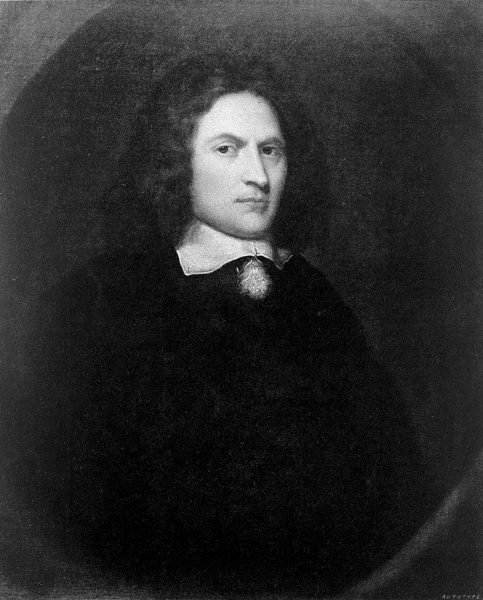 The few descriptions of modern injuries using black powder, smooth-bore firearms, shooting spherical balls, suggest that the permanent cavity is wider than the bullet itself, potentially due to some flattening of the ball by up to 1.5x the original diameter, as it strikes either soft tissue or bone (Scott et al). Flattening of the bullet, and the wide permanent cavity, could potentially lead to the ball changing direction inside the body. Richard Wiseman, former Sergeant Surgeon to Charles II, observed, in his 1676 surgical treatise, that: ‘It being wonderful to consider how these Shots do twirl about’ (Wiseman, p. 412). The size and depth of the permanent cavity is also fundamentally dependent on the tissue type and density that the bullet strikes. Of most danger to the permanent cavity, especially at the entry point of the wound, would be the rags of clothing taken in with the bullet as it penetrated. Such fragments of cloth, leather or armour would fester within the wound, and needed to be removed prior to any effective healing (Johnson, pp. 414-16; Wiseman, pp. 411-12). Indeed Wiseman describes one instance where he was required to reopen a wound to remove the infected materials from a feverish patient, before he could heal properly (Wiseman, p. 411).

Interestingly, fragmentation does not appear to be a common occurrence in black powder injuries. Possibly due to the shape of the ball, or the softness of the lead, the musket or pistol ball seems much more likely to deform than to fragment (Grosse Perdekamp et al). The low velocity of the projectile may also be a factor in the lack of fragmentation (Crane and Charters). This has implications for the internal damage caused by the bullet, as in many modern gunshot wounds, fragmentation increases the extent of internal injuries (Riva et al). The absence of such fragmentation in a seventeenth-century injury, might make the wound potentially more limited, possibly cleaner, and easier for the body to repair. There is certainly a dearth of references to fragmented bullets in the published medical treatises from the sixteenth and seventeenth centuries that feature gunshot wounds. While the absence of such references is not proof that fragmentation did not occur, reference to fragmentation is conspicuous by its absence. 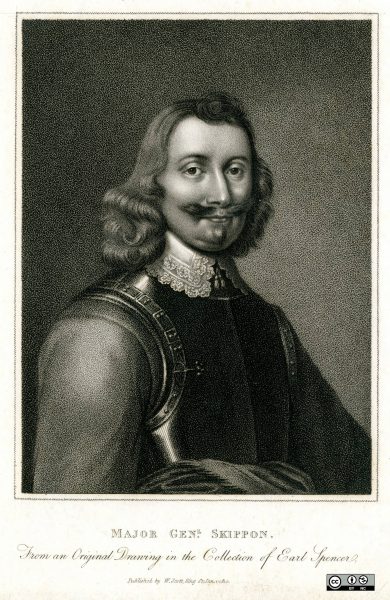 The penetrative ability of a bullet was potentially considerable, for example Sergeant-Major General Phillip Skippon, wounded by a musket shot at the battle of Naseby, suffered a severe wound, which struck him in the side, penetrating through his armour and deep into his body, requiring surgery and several months rehabilitation (Pells). Exit wounds were also described by contemporary surgeons. Ballistics tests with early modern firearms suggest that the increased weight of an early modern bullet, compared to the modern equivalent, would result in a substantial permanent cavity that offsets the low velocity of the shot (Krenn et al). However, an additional effect of the flattening of the ball appears to correlate with a reduced level of penetration of the bullet. It was therefore much less likely for a bullet to exit the body from a Civil-War firearm than a modern weapon. It was common for the ball to remain within the wound, requiring removal. Numerous commentaries in contemporary seventeenth-century medical treatises describe methodologies for removal of the bullet (Rutherford). The prevalence of instruments such as the ‘terebellum’ or ‘tirefond’ bullet extractor (a long instrument with a screw tip for drilling into the soft lead of the bullet in order to extract it), as well as diverse types of forceps used to grasp a bullet within the body, suggests that the need to extract a bullet from the body was common.

However, it was also common not to extract the bullet from the body – either due to inaccessibility, or the risk of further damage. Provided there was no secondary infection, retaining the bullet would potentially be possible, with varying levels of impact on the quality of life. This was the case for Richard Justice of York, whose petition describes that the bullet had ‘remayned in his foot for the space of Two & Twenty yeares & more’. Similarly, John Reed of Yarm in the North Riding of Yorkshire retained a bullet within his shoulder up to (and presumably beyond) his petition to the North Riding quarter sessions in 1694 (at the age of 75). James Moore of Letwell, West Riding of Yorkshire, attested in 1699 (near the age of 80) that he had ‘he receiued many wounds in his head, especially one by a pistoll shott w[hi]ch bullet doth sitt in his neck, w[hi]ch is very apparent to be seene w[hi]ch is both painefull & very troublesome to him’, dating from the battle of Marston Moor, 55 years earlier. 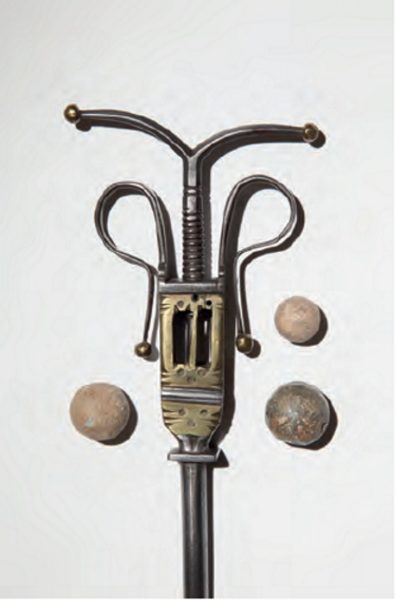 It is clear that firearms in the Civil Wars did cause injuries that are analogous to modern firearms, but with substantial differences regarding penetration, fragmentation, and the morphology of the wound. The wound was unlikely to be a small wound, likely to cause additional damage beside the passage of the bullet itself, very likely to either take clothing or other materials into the wound, and/or remain inside the body requiring removal. However, the evidence displayed in the petitions highlight that it was possible to survive quite extreme injuries gained during this conflict. Our second blog will investigate the methods by which Civil-War surgeons treated such wounds, and the long-term impacts of living with them.

T. Johnson, The workes of that famous Chirurgion Ambrose Parey (1634)