In 1653 Elizabeth Fowler of Halstead, Essex, petitioned the court of quarter sessions at Chelmsford for relief and received a £3 gratuity on account of the death of her husband. John Fowler had fought for Parliament at the battle of Edgehill (October 1642) and subsequently went into service in Ireland, under the command of a ‘Captain Chapman in Major Warner’s regiment’. According to the testimony of a fellow soldier named Samuel Downes, Fowler lost his life in Ireland ‘by a shot before Lough Gur Castle in the county of Limerick’. Lough Gur Castle or Bourchiers Castle, situated about twenty miles south of the city of Limerick, had been built in the late-sixteenth century by Sir George Bourchier. In March 1642 the castle was taken by a group of Irish Catholic rebels led by William Bourke, Lord Castleconnell. Fowler was no doubt killed during a later attempt to recapture the castle, though it is unclear when this took place. [Trinity College Dublin, MS 829, ff. 258r-259v, Deposition of John Pilkington (14/09/1642)].

Elizabeth Fowler was one of many widows who lost their husbands in Ireland during the British and Irish Civil Wars (1641-1653). For these women, petitions were an important means of survival and as such were tailored for the purpose of acquiring financial and material aid. Recent studies on war widows have highlighted the different strategies used in petitions to assist supplicants in attaining relief, such as expressions of loyalty and the language of poverty and helplessness.

Five petitions and fourteen payments relating to women who lost their husbands in Ireland are currently available on the project website. For these women narrative tools were essential for receiving aid, due to the difficulties of acquiring proof of their husbands’ death. In England, widows only needed to obtain a certificate from their husband’s commanding officer, stipulating their husband had died in service, to apply for a pension. According to the Act providing for Maimed Soldiers and Widows of Scotland and Ireland (September 1651), however, widows needed a certificate from the senior commander of the army in which their husband served. This was a much more difficult task as these men were typically not local to the widows and were often still in military service. Of the nineteen payments and petitions only two appear to have provided proof of death. The payment to Christian Lesswell of Coggeshall, Essex, suggests that she had ‘proofe’ of her husband’s service in Ireland, entitling her to a pension of 40s per annum. Jane Plat of Denbighshire had also been able to acquire proof in the form of a certificate, but this was only from her husband’s captain, ‘William Wnlockes’. Nevertheless, she received a pension of £3 per annum.

The rest of the women were unable to acquire a certificate and therefore did not meet the necessary criteria for a pension. These widows relied upon the narratives of their petitions to elicit sympathy from justices of the peace, with varying degrees of success. Martha Emming of Coggeshall, Essex, lost her husband at the siege of York in 1644 and a son in Ireland. Martha’s petition (1653) drew upon the language of poverty by describing the distress she was suffering as a result of the loss of her male relatives. She emphasised her inability to work due to her advanced age and was subsequently granted a one-off gratuity of 40 s. Jane Hart of Wellington, Somerset, meanwhile, was denied relief from the justices of the peace in 1653. Jane claimed that her husband had been absent in Ireland for three years leaving her and her poor children ‘destitute of any succour or relief’, but without proof of her husband’s death Jane was only entitled to poor relief under the Elizabethan Poor Law. Consequently, it was ordered that Jane should receive 12 d. per week from the parish. Joane Martin of Winchester, Hampshire, was similarly denied a gratuity or pension due to a lack of proof of death. The justices instead ordered that a place of habitation should be provided for her, another measure outlined in the Poor Law.

While most petitioning strategies were common amongst war widows, one strategy for attaining relief was unique to the widows of soldiers in Ireland. On 14 October 1651 Elizabeth Tilston of Wrexham, Denbighshire, petitioned the Chief Justice of Chester, Colonel Humfrey Mackeworth, for relief. Elizabeth had lost her husband Valentine Tilson in Ireland, who had been ‘slain by the Irish [illegible] rebels, leaving your poor petitioner with two small children in great want and misery’. Similarly, Margaret Johnson of Halstead, Essex, petitioned the court of quarter sessions for relief having lost her husband in Ireland, where he ‘valiantly spent his life in the opposition of that grand rebellion, leaving your poor petitioner with two small and sickly children to provide for’. 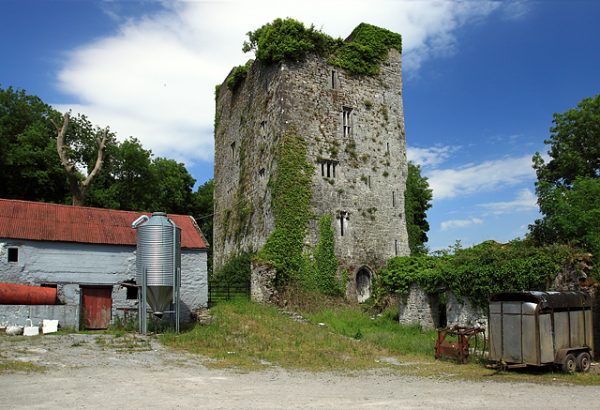 These two women drew upon the memory of the Irish rebellion to improve their chances of acquiring a pension. This was a shrewd approach, side-stepping the difficulties of providing details of a soldier’s military service as proof of loyalty. The scant geographical information offered in the petitions and payments supports the idea that many women were uninformed of their husband’s activities overseas. Of the five petitions available, only Elizabeth Fowler mentions an Irish place name, Lough Gur Castle, likely because she was informed of her husband’s death by a fellow soldier. Amongst the payments only two additional place names are mentioned. Ann Owen of Denbighshire claimed her husband died at Galway, while Elizabeth Bridge of Bocking, Essex, claimed her husband died at ‘Cleningo’. By utilising the Irish rebellion, service in Ireland was framed as part of the universal Protestant cause to defeat the forces of the antichrist, a cause which many Parliamentarians identified with strongly.

Royalism was regarded by many as having strong links to the Irish rebels. Since the outbreak of the rebellion on the evening of 22 October 1641, suspicions had grown over the King’s involvement in a popish plot to destroy Protestantism. These suspicions were exacerbated on 4 November 1641 with the publication of a false royal commission, which ordered the rebels to reclaim Ireland for the King. Sir Phelim O’Neill, a notable rebel leader, had issued the forgery hoping that the pretence of royal assent would increase support for the rebel cause in Ireland. While members of Parliament and the political elite were likely aware that the document was fake, the association between Charles I, a universal Catholic conspiracy and the Irish rebels was politically advantageous. Consequently, parliamentarians emphasised these links throughout the 1640s, calling upon the memory of the rebellion to show that the royalists had chosen the wrong side. By claiming their husbands had died at the hands of the Irish rebels, war widows were thus able to justify their right to relief by highlighting the loyalty of their husbands to Parliament and the Protestant cause.

The evidence so far suggests that utilising the memory of the rebellion was a lucrative strategy for attaining relief. Elizabeth Tilston was given 50s annually out of the county’s collections for maimed soldiers and war widows, an amount which increased to 60s in 1657, while Margret Johnson received a £3 gratuity. As more petitions are added to the site no doubt the extent to which the memory of the Irish rebellion was used as a petitioning strategy and what effect this had on relief will become even more clear, offering a new Irish dimension to the study of war widow petitions.

Dr Bethany Marsh is currently the Irish Government Senior Scholar at Hertford College, University of Oxford. Her research explores the lives and experiences of refugees from Ireland in the 1640s and 1650s, with a particular focus on the organisation and dispensation of parish relief in England.