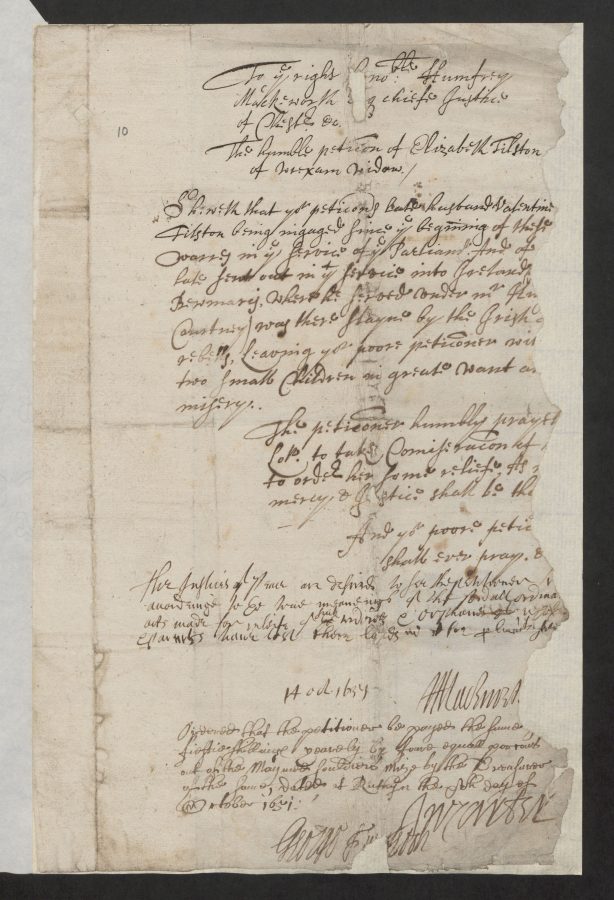 The humble petic[i]on of Elizabeth Tilston of Wrexham widow.

Sheweth that yo[u]r petic[i]oners late husband Valentine Tilston being ingaged since ye begining of these warres in ye service of ye Parliam[en]t. And of late sent out in yt service into Ireland {?from} Bewmaris, where he served vnder Mr Hu{?mphrey ?Courtney} was there slayne by the Irish {illegible} rebells, Leaving yo[u]r poore petic[i]oner wi{th} two small Children in greate want a{nd} misery.

The petic[i]oner humbly prayeth {?your} Lo[rdshi]p to take Comiserrac[i]on of {?her ?and} to order her some reliefe, As {illegible} mercy & Justice shall be th{illegible}

Ordered that the petitioner be payed the sume {of} fieftie shillings yearely by fowre equall porcons out of the Maymed souldiers mize by the Treasurer of the same, dated at Ruthyn the xvth day of October 1651.

The humble petition of Elizabeth Tilston of Wrexham, widow.

Shows that your petitioner’s late husband, Valentine Tilson, being engaged since the beginning of these wars in the service of the parliament and of late sent out in the service into Ireland from Beaumaris, where he served under Mr Humphrey Courtney, was there slain by the Irish {illegible} rebels, leaving your poor petitioner with two small children in great want and misery.

The petitioner humbly prays your Lordship to take commiseration of her and to order her some relief, as {illegibile} mercy and justice shall be th{illegible}.

And your poor petitioner shall every pray etc.

The Justices of Peace are desired to see the petitioner {illegible} according to the true meanings of the several ordinances and acts made for relief of such the widows and orphans that who … have lost their lives for parliament’s service.

Ordered that the petitioner be paid the sum of fifty shillings yearly, by four equal portions, out of the maimed soldier’s tax by the treasurer of the same, dated at Ruthin the 15th day of October 1651. 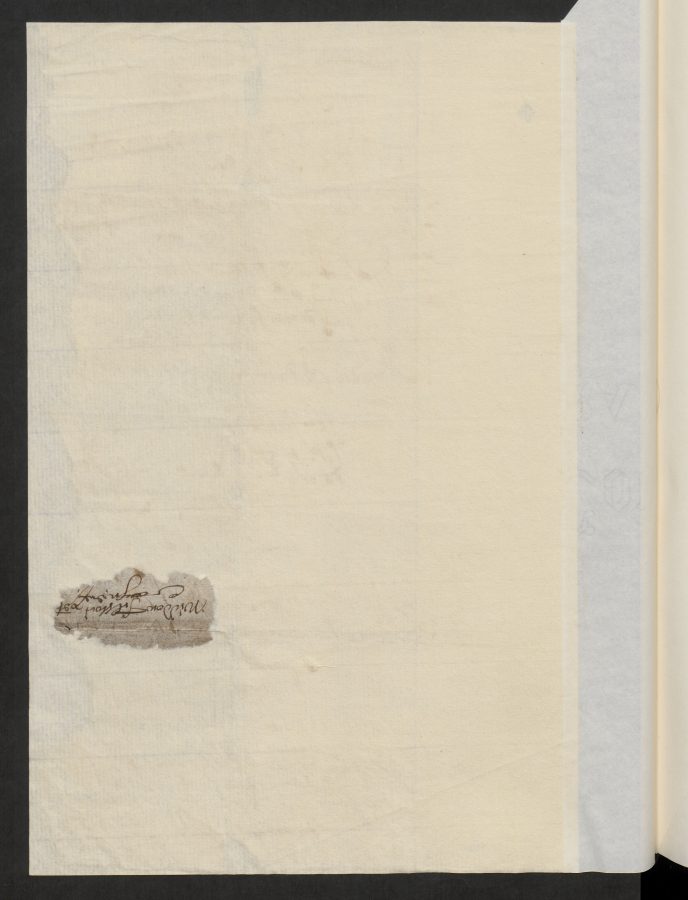