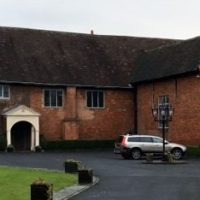 The Story after the Battle Before: The Wounded Prisoners of Seacroft Moor

Many accounts of Civil War military encounters end their stories with the numbers of the dead, wounded and prisoners taken from the participating armies. The stories of what happened to the wounded survivors and prisoners is largely neglected. However, many petitions from Civil War soldiers provide detailed accounts of the ordeals that they went through following the fighting. Andrew Hopper uses documents from the battle of Seacroft Moor to fill in the gaps and argues that the aftermath of battles should hold as central a place in military studies as the events of those encounters themselves. On an unseasonably hot day on 30 March 1643, Sir Thomas Fairfax’s rearguard of three troops of horse and 700 foot were protecting the retreat of Lord Ferdinando Fairfax’s northern parliamentarian army from Selby to Leeds. Sir Thomas later reflected in his Short Memorials that when his infantry reached some enclosures on the edge of Seacroft Moor, ‘thinking themselves more secure’ from the feared royalist cavalry, they became ‘careless in keeping order’ and went into several houses seeking drinks. This allowed their royalist pursuers to catch up. Crossing the moor soon after, they were struck by twenty troops of royalist cavalry under Sir George Goring. Badly outnumbered and lacking pikes, many of Fairfax’s infantry were clubmen, volunteers armed with improvised weapons like scythes laid on poles. They cast down their arms and fled. Some were struck down and most were captured. Ensign John Hodgson, serving in Captain Nathaniel Bower’s company from Bradford later recalled: ‘I was there sore wounded, shot in two places, cut in several, and led off into a wood by one of my soldiers called Killinghall wood. With much ado he got me to Leeds in the night and it was a considerable time before I was cured.’ Hodgson was one of the lucky ones. Of the 700 foot, the Halifax apothecary John Brearcliffe recorded that 688 had been taken prisoner. Many of them were wounded like Hodgson with pistol balls and sword cuts but they were escorted under guard to the royalist northern headquarters in the city of York. Some were imprisoned in York Castle but others were held in Davy Hall and the medieval Merchant Taylors’ Hall (pictured here in its seventeenth-century brick cladding). Soon after, Lord Fairfax printed an accusation against the royalist general, the earl of Newcastle, of mistreating the Seacroft prisoners. He claimed that 100 were already dead and that 200 more lay sick and dying, having been denied provisions and medical treatment. Newcastle published a furious response, entitled The answer of His Excellency the Earle of Newcastle, to a late declaration of the Lord Fairefax. In it he declared that the prisoners had been visited by the Queen’s own physicians and that their wounds ‘had been dressed and cured by our surgeons at our charges’. Far from seeking the prisoners’ destruction, Newcastle maintained that he had permitted charitable collections for the prisoners and visits from their female relatives. Instead, Newcastle blamed Fairfax for the deaths in his custody that did occur, decrying him for having led them into rebellion and then for refusing fair treaties from Newcastle for their exchange. Newcastle added that Fairfax’s army was in rebellion and therefore illegal. That made Fairfax incapable of treating, he declared: ‘neither hee nor any of his pretended Captains in this Warr, can challenge any Interest in the Law of Arms’. Whatever the truth of the circumstances of their incarceration, one survivor, Joseph Bannister, a Halifax locksmith captured at Seacroft Moor, later testified that he had almost starved to death during his nineteen-week confinement in York and that many of his comrades died ‘from hard usage in prison’. On 27 June 1643, the Parliament Scout newsbook claimed that over 80 had died ‘from hard usage’. Writing around twenty years later, in his post-Restoration Short Memorials, Sir Thomas Fairfax remembered the plight of these prisoners: ‘Most of them being Country men, whose wives & Children were still Importunate for their Release, & which was as earnestly endeavored by us, but no Conditions would be accepted; so as their Continuall Cryes & Teares & Importunitys compelled us to thinke of some way to Redeeme these men, so as, we thought of Attempting Wakefield’. So on 20 May 1643, Sir Thomas Fairfax launched a surprise assault that defeated a major royalist force quartered in Wakefield, capturing Sir George Goring (son of George, Lord Goring of Hurstpierpoint), 38 officers and 1500 men. The West Riding parliamentarians were saved from despair and the prisoners from Seacroft could now be redeemed. Newcastle was quick to accuse Fairfax of maltreating them and intending to choke these prisoners ‘with the fumes of their own ordure, and to bury them alive in subterraneous Cellars where they cannot behold the light of Heaven but through a little grate of two spans breadth’. Now it was the turn of Lord Goring to be frightened. He wrote to Lord Fairfax pleading for the exchange of ‘my unfortunate sick sonne’, well knowing that Fairfax blamed him for the death of the Seacroft prisoners, and that his son had betrayed Parliament’s trust by changing sides in August 1642, making his trial by martial law a possibility. This episode encapsulates how the treatment of the wounded and the welfare of prisoners could so easily be turned towards propaganda purposes in the rival declarations issued by both sides. It also reminds us that the wounded and those taken captive should not be considered tangential to military studies as soon as they ceased to be combatants. The plight of the wounded prisoners of Seacroft, languishing in the Merchant Taylors’ Hall, in many ways continued to shape the strategy of generals and subsequent military events. 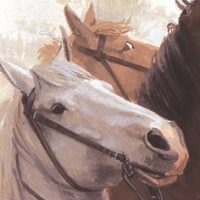 Straight from the Horse-Owner’s Mouth: George Rolph and the Fate of Civil War Wagoners 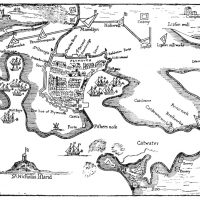 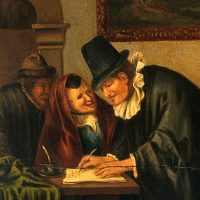 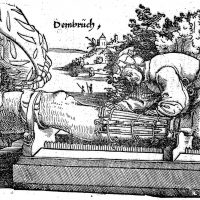 The Dogged Determination of William Gray of Braintree, Essex

Among other things, the material gathered by our project will give historians valuable insights into the ways in which ordinary people negotiated with their rulers. We’ve been struck by the clever strategies adopted by many petitioners, their assertiveness in the face of authority, and their dogged determination to obtain justice. Here, David Appleby takes up the story of a serial petitioner from Essex – a maimed soldier who refused to be silenced, and eventually got his reward. Before the outbreak of civil war, William Gray was a family man with a good trade and decent prospects. He was a woolcomber, a skilled occupation whose practitioners tended to be members of the respectable ‘middling sort’. Gray’s home town of Braintree, whose cloth was exported all over Europe, was a hotbed of puritanism. When war became inevitable, thousands of Essex men came forward to volunteer for Parliament’s armies. It is evident that Gray was among them. He served as a private soldier in the earl of Essex’s army, fought at the siege of Reading in April 1643, and in the subsequent campaign. His company commander, William Jarman, attested that Gray was an orderly and sober man. The Essex justices would later record that he was ‘many years’ in the army. The fact that Gray had acquired extensive military experience and was of good character was clearly influential in his appointment as a sergeant in Colonel Thomas Cooke’s regiment during the Second Civil War of 1648. Cooke had hastily assembled his auxiliaries as the royalist insurrection in Kent spilled over into Essex. Gray was posted to the colonel’s own company, perhaps on the recommendation of William Jarman, who had been appointed major in the same unit. The regiment saw hard service at the siege of Colchester in 1648, and later at the battle of Worcester in the Third Civil War of 1650-1. It was during one of these campaigns that Gray was so badly wounded as to prevent him from resuming his peacetime occupation. Far from being a man with prospects, he and his family now faced a lifetime of poverty. Gray does not appear in the Essex quarter sessions records until 1657. Like so many maimed soldiers and war widows, he may initially have tried to struggle on without charity. He obtained a certificate from William Jarman in January 1657, and armed with this testament of his loyal service to Parliament, petitioned the Essex justices for a pension. He received only a one-off gratuity of 40 shillings. Undeterred – or desperate – Gray submitted another petition for the April quarter sessions. The justices were even less sympathetic; nevertheless, they conceded that he had received ‘some wounds’, and ‘to prevent further trouble with him’, ordered the Treasurer for Maimed Soldiers to pay him a gratuity of 20 shillings. The former sergeant immediately tried a different tactic, obtaining a medical report from a barber surgeon named Thomas Cosin. Cosin’s detailed diagnosis illustrated the extent of Gray’s debilitating injuries, particularly emphasising that his leg had ‘been broken in many pieces, which hath occasioned a great imbecility’. Nevertheless, at the Midsummer sessions of July 1657, the justices were clearly irritated that Gray had had the temerity to present his case to them yet again. They grudgingly ordered the Treasurer for the East Division to pay him a final gratuity of 20 shillings, adding that ‘[we] do require the said Gray never hereafter to trouble the Sessions for any further relief’. Such official rebukes – which can be seen in the records of many counties – deterred many maimed soldiers and war widows from continuing to press their claim. However, William Gray was made of sterner stuff. He boldly appeared at the next quarter sessions in October 1657, and petitioned yet again. The exasperated justices accepted defeat and ordered that Gray henceforth receive a pension of 40 shillings per year. This was not much, given that he had to support a whole family, but it does at least prove that his persistence was ultimately effective. 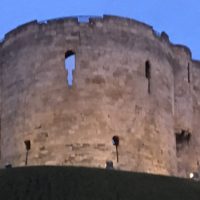 So what were the men and women who petitioned for financial relief during and after the Civil Wars like? Naturally they were a mixed bunch, but their interactions with the authorities sometimes reveal surprising stories. Here, in a tale of crime, punishment and derring-do, Andrew Hopper tells the tale of John Melmerby. John Melmerby of Brompton-on-Swale, near Richmond in the North Riding of Yorkshire, was a maimed soldier who served in parliament’s army. He was awarded a pension of £4 per year at the Thirsk quarter sessions in April 1652. Despite the Restoration of Charles II, he was still receiving this pension in October 1661, although it was probably withdrawn soon after. In July 1674, the Northallerton sessions declared him ‘a vagabond and an incorrigible rogue’ for stealing one cock and three hens worth 2 shillings and 6 pence. He was ordered to be whipped and burnt in the left shoulder. He was thrown into prison at York Castle to await transportation to English plantations overseas. Soon after, he ‘feloniously made his escape’ because in January 1675 the Richmond sessions ordered Katherine Hall to be imprisoned in York Castle for harbouring him. In July 1675, he was again presented before the quarter sessions for stealing three bushels of rye worth 6 shillings. In October 1680 the treasurer for maimed soldiers was ordered to pay Jasper Yates 40 shillings for prosecuting the king’s evidence against Melmerby at the York assizes. The following July, Samuel Rawling of Catterick was awarded 6 shillings 8 pence for having prosecuted Melmerby for felony before Melmerby's final execution at the York assizes.