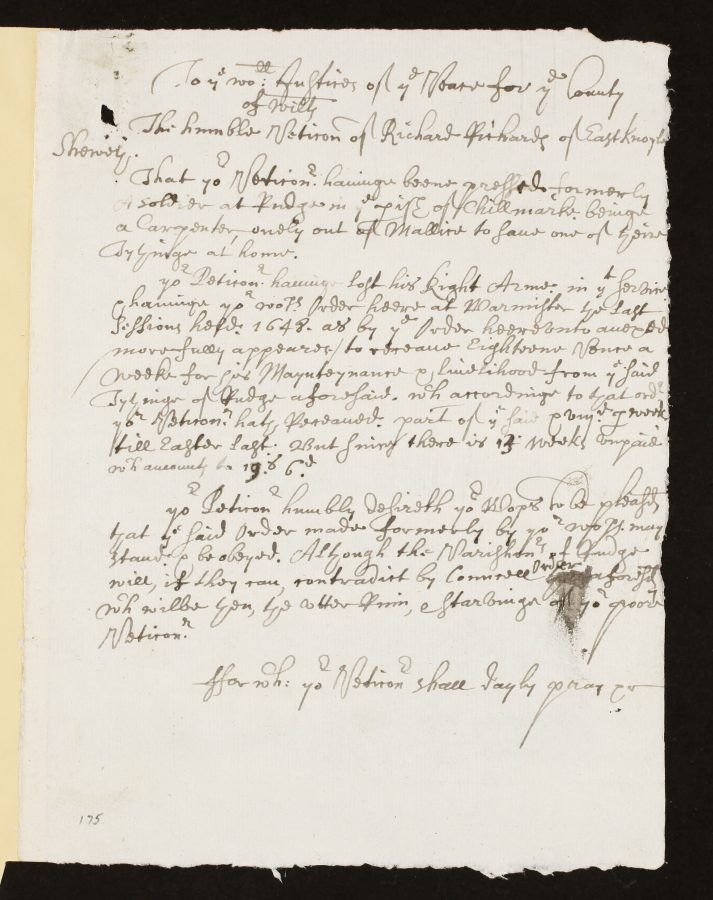 To the Worshipful Justices of the Peace for the county of Wiltshire.

The humble petition of Richard Richards of East Knoyle.

That your petitioner having been pressed formerly a soldier at Ridge in the parish of Chilmark, being a carpenter, only out of malice to save one of their tything at home.

Your petitioner having lost his right arm in that service and having your Worships’ order here at Warminster the last Sessions held in 1648, as by the order hereunto annexed more fully appears, to receive eighteen pence a week for his maintenance and livelihood from the said tything of Ridge aforesaid, which according to that order your petitioner has received part of the said 18 d. per week ‘til Easter last. But since, there is 13 weeks unpaid, which amounts to 19 s. 6 d.

Your petitioner humbly desires your Worships to be pleased that the said order made formerly by your Worships may stand and be obeyed, although the parishioners of Ridge will, if they can, contradict by Council order [illegible] aforesaid, which will be then the utter ruin and starving of your poor petitioner.

For which, your petitioner shall daily pray etc.