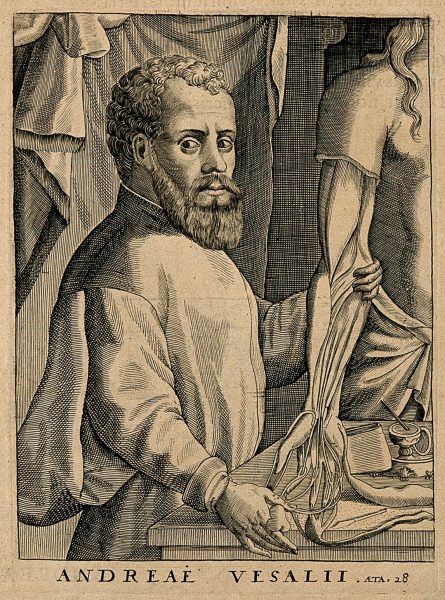 During the Renaissance, scientific method was introduced to medicine. More doctors went to study at the universities, where new schools of medicine were founded. Here they learnt about the importance of conducting experiments, noting down their observations and drawing a conclusion. This led some doctors to discover how the Greeks and Romans had been wrong about the human body.

One of the most important people at this time was Andreas Vesalius. Vesalius was born in Brussels but went to study medicine at Louvain, Paris and then Padua.  In 1537, he was made Professor of Anatomy at Padua. Vesalius promoted the study of the human body through dissection and observation. He wrote On the Fabric of the Human Body in 1543, an important work, which showed how Galen had been wrong about certain parts of the anatomy. His book included detailed illustrations drawn by artists, which enabled readers to have a more accurate picture of the body. Vesalius became doctor to Charles V of Spain and later Philip II of Spain.