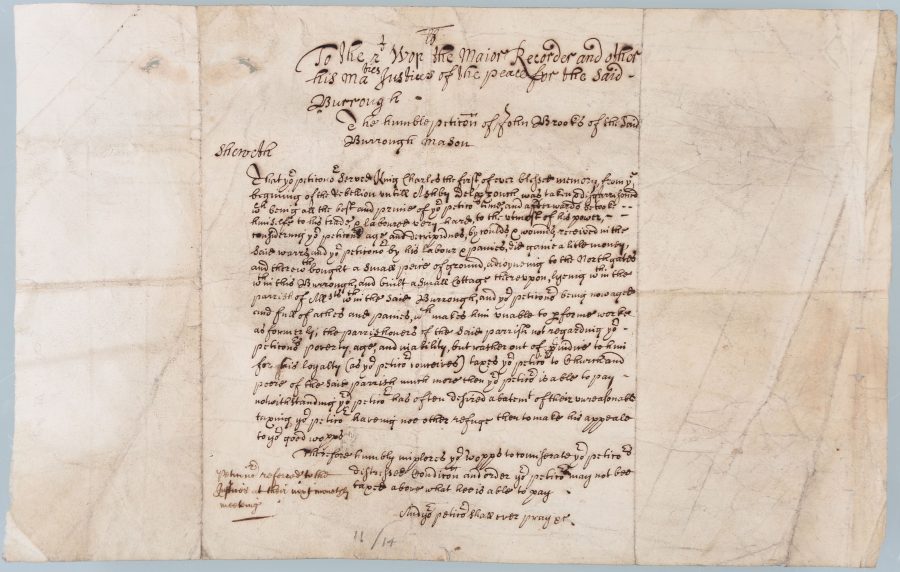 To the Right Worshipful the Mayor, Recorder and others of His Majesty’s Justices of the Peace for the said Borough.

The humble petition of John Brooks of the said Borough, mason.

Therefore humbly implores your Worships to commiserate your petitioner’s distressed condition and order your petitioner may not be taxed above what he is able to pay.

Petitioner referred to the Justices at their next monthly meeting.