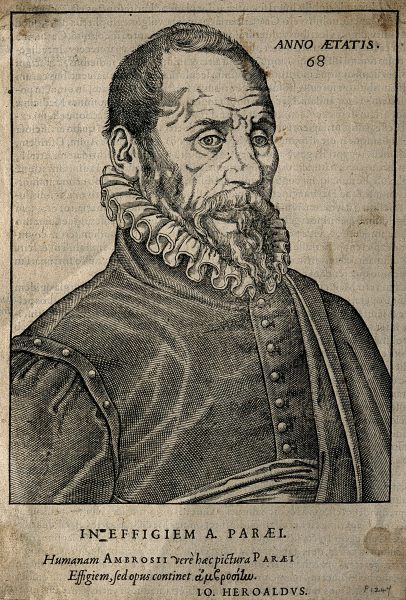 Many surgeons in the Civil Wars used the methods of treating soldiers developed by famous surgeons like Ambroise Paré. Paré was a surgeon in the French army during the sixteenth century. In 1536, Paré had discovered that wounds healed better if treated with a soothing mixture of egg yolks, turpentine and rose oil, rather than by pouring boiling oil into the wound.  Paré also preferred to use ligatures to tie off blood vessels after an amputation, rather than pressing a hot iron on to a wound to stop the bleeding (‘cauterisation’). Using ligatures was less painful for the patient than cauterisation.